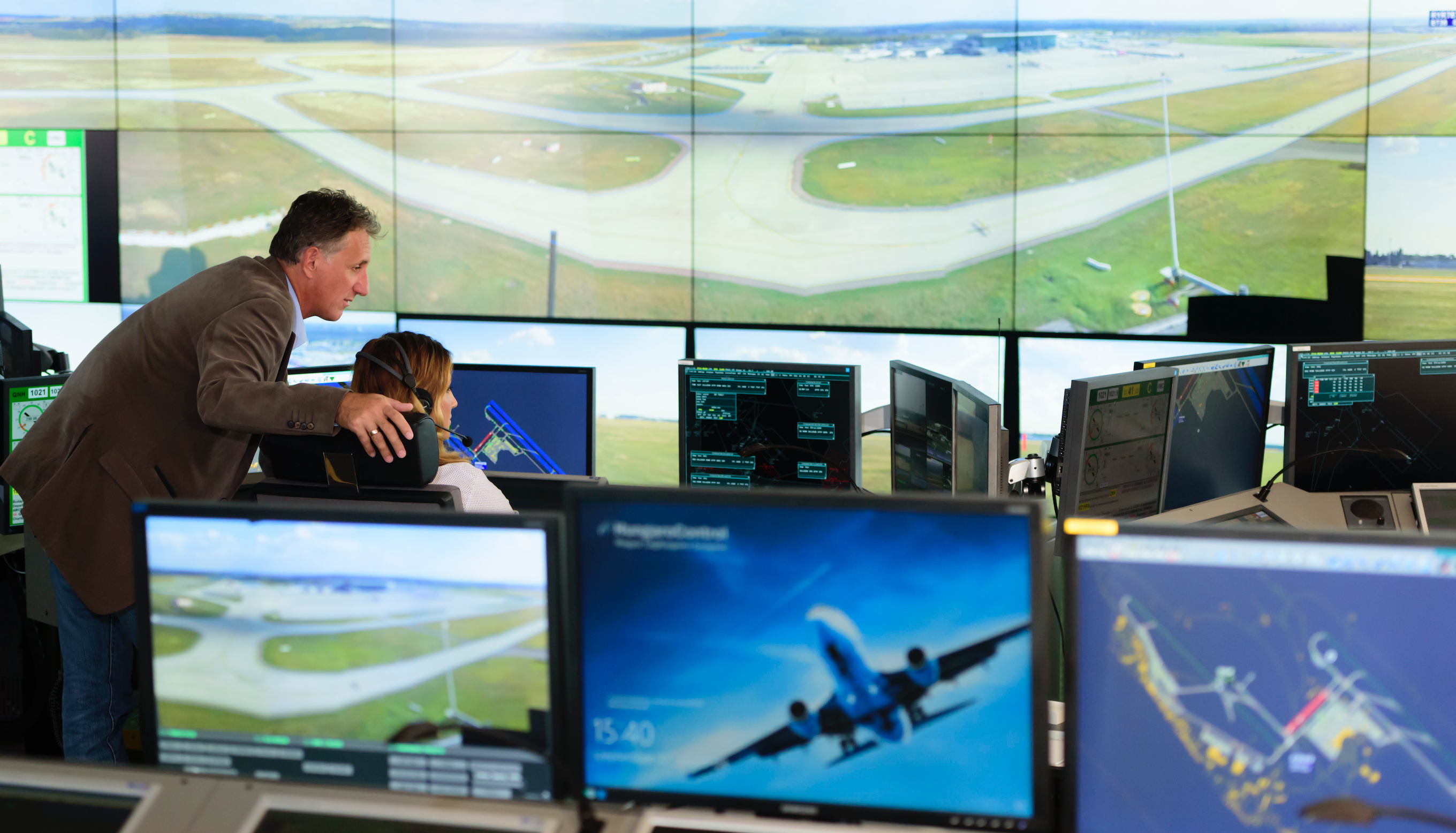 Distributed fixed and pan-tilt-zoom (PTZ) cameras deployed around the manoeuvring area are equipped with visual and thermal sensors, which can be controlled independently. They cover the entire manoeuvring area and nearby airspace so the supervisor can easily adjust the visual by presets for various traffic situations and weather conditions.

The captured video stream is placed on a large video wall providing common and role-specific visual information for ATCOs. The live picture can be labelled with graphical symbols and flight data for additional information to help manage situations such as runway occupation, flight direction, etc. Additionally, ATCOs can adjust the picture according to their preferences by using filters like geographical borders, saturation or contrast.

The Searidge system has been integrated with the Airport’s Advanced Surface Movement Guidance and Control System (A-SMGCS) to provide seamless radar coverage, customized data overlays and automated functionality such as target auto-follow.

All the tower controllers have been trained on the Remote system and the certified system will be used for contingency operations, live training and as a back-up system, but by 2020, HungaroControl’s goal is to operate a full-time remote tower in Budapest.

Although Budapest Airport is not the world’s first remotely controlled airport, it is the first of its size and complexity, with nearly 100,000 movements per year.

The initial contract was awarded to Searidge in April 2016 and in Fall 2016, HungaroControl and Searidge successfully completed live trials of its integrated Remote Tower. Thirteen air traffic controllers were trained and participated in a combined total of 405 hours of passive shadow mode activities, which validated the system for progression to activate shadow mode live trials. Close to 600 movements were managed during the three-week trial period, without any limitation or constraints regarding the scheduled traffic. All responsibilities were delegated to a fully seated shift, including four ATCOs and a supervisor providing smooth and fluent air traffic control services.

Feedback from Controllers during the trial included: that the large-scale video wall display provided reliable, visual information and that controller workload was not changed because of the new equipment. They agreed that they were able to handle the peak hour traffic from the remote tower facility and that the new functions and user interfaces provided useful and reliable information to control traffic safely.

The Searidge Remote Tower solution was certified in the Fall of 2017 by the Hungarian Civil Aviation Authority for live operations, without restrictions. This means that live service can be provided from the remote tower (rTWR) with no capacity restrictions and no shadow operation is needed from the current physical tower. This is the first medium-capacity airport where controlling arrival and departure air traffic and ground movements can be independent of the airport environment